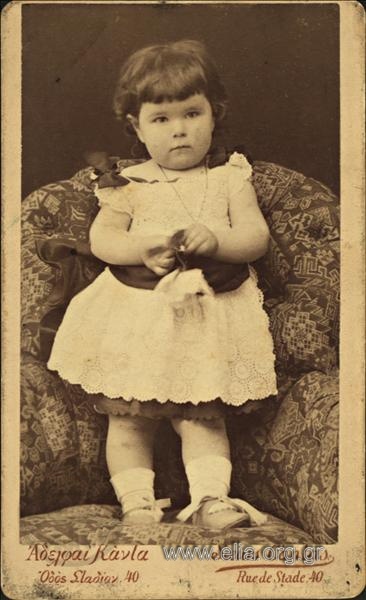 France, early 19th century: Joseph Nietzsche creates the first heliography and Louis Jacques Mande Daguerre the first daguerréotype, while in England, in total secrecy, William Fox Talbot develops the calotype process. The art of photography is borne and in the following decades it evolves rapidly so by the end of the 19th century it has solved technical problems and becomes very popular with the bourgeoisie in Europe. The discovery of film roll makes the 1880s - 1900s a period of spread of the new medium, as did the first portable machines that could capture moving subjects.

The Greek bourgeoisie of the time falls in love with the new fashion. In addition to professional photographers, amateurs also spring up, often descendants of large bourgeois families, such as Pavlos Melas. They passionately photograph their loved ones and capture snapshots of their urban lives. The photographic production of the time, apart from portraits of the ruling class, includes many portraits of the lower classes. Fascinated by wandering photographers, they get their portraits taken at the capital or the provinces. Adults and children pose in front of staged backgrounds and wait patiently for the time-consuming process of printing on luxury paper, retouching, signing and stamping by the photographer. The person pictured will keep it as a souvenir or give it to loved ones with a handwritten dedication.

Children's portraits have a special charm, because they capture this tender age of innocence that does not last forever. Sometimes there is a tendency to sensitize the child, giving moral dimensions to the portrait and perhaps expressing the optimism of Greek society in the early 20th century about the future of the new state that, similarly to a child, is slowly growing and evolving following the footsteps of Europe.

In the thematic exhibition below you will find portraits of children from the last decades of the 19th and the beginning of the 20th century- among them royal children, famous people’s children, like those of Pavlos Melas as well as the Greek mathematician Konstantinos Karatheodoris.