The art of print making in modern Greece 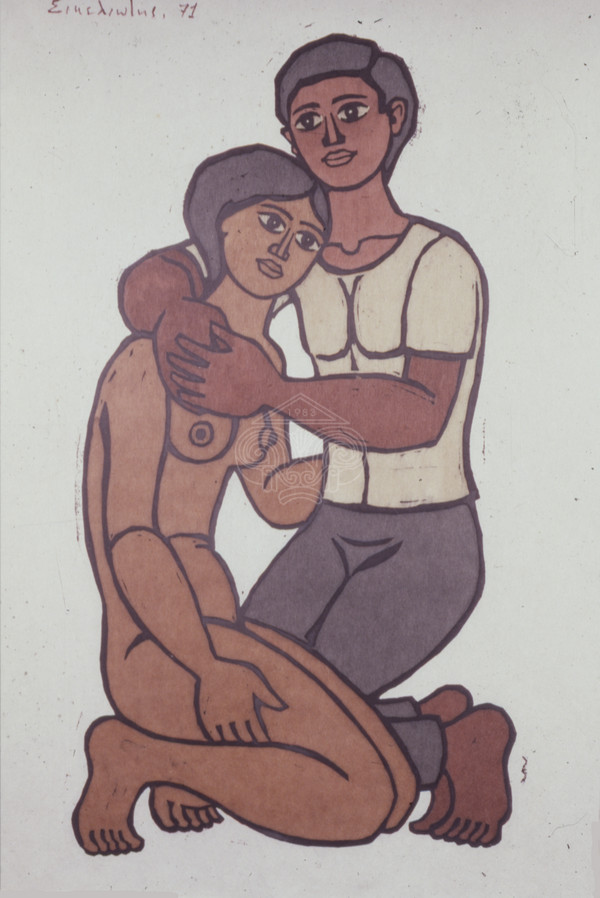 In the start of the 20th century and while Greek painting and sculpture are trying to break free of the academic tradition and embrace modernism, Greek engraving claims its autonomy as an art form, beyond its practical role. This role was established from the 15th century onwards with the development of typography, making engraving the first technique of mass image reproduction, now available to all. In Greece, during the years of Ottoman rule, engraving plays another role, that of the Church's communication with the flock. The "paper icons" or “stamps” are prints with religious representations or drawings of the monastery, made by engraver Mount Athos monks. It is a cheap and easy to transport solution for the pilgrim and the commoner to acquire a religious image. It serves also as a means for the monasteries to secure the assistance and support of the faithful.

Greek engraving as an autonomous art develops at the beginning of the 20th century with the first experimentations of young artists studying in Europe and coming into contact with an established engraving culture with Masters, such as Dürer. The first artists who dedicate themselves to engraving are Lykourgos Kogevinas and Dimitris Galanis. Especially the latter, who in France exhibits with Picasso and Braque, influenced by the groundbreaking art happening in the French capital, experiments with various innovative techniques. Galanis's first exhibition in Athens in 1928 is the public's first contact with engraving as an art form and it totally enchants them. Galanis' work becomes a source of reference for other artists for decades to come.

Giannis Kefallinos is appointed to teach Engraving at the School of Fine Arts. For the next 24 years Kefallinos, with a significant european training, equips his students with contemporary methodology and theoretical background. His workshop becomes a place of freedom and creativity. "Kefallinos reveals to us whats happening in Paris, we were totally unaware then" says Vaso Katraki later. All the next generation of engravers study with him: Tassos, Vasso Katraki, Christos Daglis, Costas Grammatopoulos, George Moschos, Telemachos Kanthos, Giannis Moralis, Lambros Orfanos. During the dark years that follow, his students take part in the Resistance through their art, printing patriotic propaganda during the war and works supporting the freedom fight during German Occupation.

In the second half of the 20th century, artists experiment with new techniques, expand their use of materials and their subject matter, consolidating engraving as a robust means of expression that responds to the challenges of the times. The Union of Greek Engravers is founded in 1987 by a group of famous Greek engravers united in the belief that as a community they can intervene more dynamically in the visual arts and that they better practice their art by sharing their experiences and views.

In this thematic exhibition you will find representative works of 34 artists who, for the past century, have been shaping the art of engraving in Greece. By selecting Creators in the Person filter you will see a list of them with their respective works